Albuquerque restaurant hit with series of car break-ins, suspect on the run 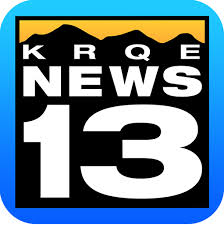 Customers at a popular Albuquerque restaurant can breathe a sigh of relief. Police say they caught the thief who’s been breaking into their cars over the past few months.

The problem? The District Attorney’s office and the judge let him right back out and now no one can find him.

The Cafe on Juan Tabo is a popular place for locals to come and eat, but it’s also been a hot spot for thieves.

Albuquerque police say Jacob Cormier is the man responsible for breaking into five cars in the parking lot from December to February.

“There are a lot of poor people. Maybe they have to do it to make ends meet,” says Debra Shekter, a customer.

According to police, it wasn’t to make ends meet, it was for meth.

Police say Cormier and his partner in crime, Vanessa Santillanes, were caught on surveillance video in a truck circling the parking lot of the Flying Star, right before Cormier got out and broke into a car.

Officers then tracked down the truck to Santillanes’ home near Juan Tabo and Eubank. They say she had a meth pipe in the truck and confessed to the crimes.

KRQE News 13 tried to question Santillanes about the crimes, but no one answered the door.

See the video on KRQE…