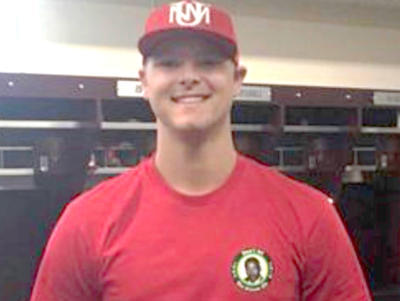 A University of New Mexico student and member of the baseball team was shot to death outside a Nob Hill club early Saturday as the gunplay that’s seemingly pervaded the Albuquerque area this year continues.

Jackson Weller, a 23-year-old junior from Keller, Texas, was identified by a UNM spokeswoman and police as the man killed outside Imbibe Nob Hill, a bar along Central Avenue.

Athletic organizations citywide were among those paying their respects to Weller as Mayor Tim Keller vowed to find those responsible and called UNM students a “vital part of the Albuquerque family.”

“I am saddened and angered by the news that a student’s life was taken last night,” he said. “I am getting updates regularly from APD as they work hard to solve this case and bring the killer to justice.

“Gun violence is not a problem with a quick or obvious solution, but we are determined to fight back in every way.”

The slaying comes days after several city councilors proposed more than $1 million in investments to boost public safety and carry out other initiatives along the Central Avenue corridor.

Albuquerque Police Department officers responded to the shooting around 2:15 a.m. and found Weller, who was taken to a hospital and pronounced dead.

Officer Tanner Tixier, an APD spokesman, said no suspects in the case had been identified. Police have not said what led to the shooting or provided any further details.

“Our detectives are conducting a thorough investigation so we can provide justice to the family and friends of this young man,” Police Chief Mike Geier said in the statement released jointly with Keller.

Read more at the Albuquerque Journal…